Warning: A non-numeric value encountered in /home/customer/www/anxietynerd.com/public_html/wp-content/themes/Divi/functions.php on line 5841

I was shaking like a leaf on a tree.

At the time I wanted nothing more than to be accepted by the kids at the new school. But after one huge mistake on the playground…

The entire class thought I was a loser.

They say when you are about to die, your life flashes before your eyes.

I was turning 13 years old and had just moved from a very small town (population 5,000) in rural East Texas to a booming suburb of Oklahoma City. There were about 1,000 kids in my graduating class.

One of the most distinct “life flashes” I had that year was coming back to class after lunch.

My lunch-of-choice in 7th grade was a bologna and American cheese sandwich on white bread with Miracle Whip mayonnaise, along with a side of Cheetos and a soda. Except for the soda, I gotta admit I still love a good bologna and cheese sandwich.

Before the start of the term in the new school my mom took me back-to-school shopping and I was really looking to up my lunchbox game. I was afraid the new kids at the new school would think G.I. Joe, Transformers and MacGyver-themed lunch boxes were for “little kids.”

I seriously stressed out over what kind of lunch box to get. I didn’t want to come across as a little immature kid from the piney woods and sticker-bur country of East Texas. I wanted to be mature. Refined. Sophisticated. I needed a lunchbox that fit the “new” me.

No designs, no logos, no cartoons or characters. It was space-age silver, super thick high-density polyethylene plastic shell, matching thermos (I’d leave that at home except on chicken and noodle soup days) and shoulder strap / handle combo.

This lunchbox was AWESOME.

Instead of having a picture of the TV character MacGyver, it looked like the kind of lunchbox Angus MacGyver would take to work at the Phoenix Foundation and later fashion into a containment vessel for a stolen Russian nuclear warhead.

I was so excited when my mom bought it.

And then I went to school the first day.

No one had lunch boxes.

Seriously. Not one single kid. Most everyone bought from the cafeteria. The few kids who did bring lunches did so using plain brown paper bags.

The looks I got nearly brought tears to my eyes.

People were curious. What is that? Why is it so weird looking? Why don’t you just use a bag like normal people?

The thing is, I desperately wanted to be a “normal” person, but I felt like a failure. I was the weird kid who had a weird lunchbox and ate weird food. I was not normal and my lunchbox brought that to everyone’s attention every single day.

I was anxious about what the other kids thought of my lunchbox.

I was too embarrassed to tell my parents that I wanted to use brown paper bags (they didn’t have much money and I felt guilty for buying something and not wanting to use it).

There was a part of me that still thought it was kinda cool looking, but that small part of me was diminished more and more every time I felt a pair of eyes roving over me and my lunch.

For the longest time, I tried to ignore the feeling and just go about my business and enjoy lunch with my friends.

Right after scarfing our food down, my group of 3 friends and I would head outside to play four-square. It was a daily ritual.

I would throw my backpack and silver lunchbox up against the brick wall outside of school and play until the bell rang.

One day I forgot to grab my lunchbox on the way back to class.

I don’t know what happened. I forgot to put the lunchbox directly on top of my backpack or it got knocked off and fell to the side. I don’t remember what caused the situation.

But I remember the “situation” like it was yesterday.

My friends and I were walking back to the classrooms. I was just entering the door when I realized something was missing. My lunchbox was still outside.

I bolted out the door and ran down the steady stream of kids who were going to class.

In front of me was my worst nightmare.

Brian was a grown man-child. He was about 6’1″ at 12 years old where I was lucky to hit five feet standing on tip-toes in my cowboy boots. Brian was also on every conceivable extra-curricular activity you could think of and connected with everybody. Brian was a popular kid.

Brian had my lunchbox.

I can still see the look on his face. It wasn’t mean or condescending. It was curiosity. He was trying to figure out what this thing was and who it belonged to. He was walking next to two pretty girls and they were laughing.

My heart was pounding so hard I could hear the blood rushing through my ears. The chatter and hum of the kids going to class was suddenly muted.

My life flashed before my eyes.

Or… I wanted to be dead.

The humiliation tasted more sour than the Black Cherry Shasta cola drink I had earlier at lunch.

The bottled-up anxiety shot through my veins and created the most intense Fight, Flight, Freeze response I had ever felt in the first 12 years of my life.

I tore the lunchbox out of his hands, reared back with all my strength and slammed the plastic box against his six-pack abs.

Then I ran as fast as I could.

I could hear the two girls howling with laughter. It must have been quite a sight: this dweeby little cowboy kid smacking one of the football stars in the gut with a plastic lunchbox.

My action must have elicited a similar Fight, Flight, Freeze response from Brian. Because the next thing I knew, his meaty hand was wrapped around the back of my skinny neck and stopped me cold with one arm.

My life flashed before my eyes once more.

He was totally in his rights to smash me to a pulp. He was probably just turning the lunchbox into the lost and found or trying to make sure someone’s property got returned to the rightful owner.

I missed a great opportunity to develop a good friendship.

I should have said, ‘Hi Brian, that’s my lunchbox, thank’s for picking it up for me.”

He probably would have been totally cool about it.

Instead, I let my social anxiety turn me into a miniature madman.

I spent the next 5 years avoiding Brian like the plague.

If I saw him in the hall, I would turn around. If we had a class together (we had several) I would sit as far away as possible and never opened my mouth. I tried to be a ghost.

I was so worried that Brian was holding a grudge. That he hated me and was secretly plotting his revenge and stick my head in a toilet or squeeze me into a locker (I would have easily fit).

I ditched the lunchbox at the end of the year, but I grew more anxious every day.

I started worrying about my clothes, about my voice, about my glasses, about my parents, my friends, my sister, my hair, my size, my house, my hobbies, my thoughts.

I started worrying about EVERYTHING.

Or more accurately, I started worrying about what other people thought about everything about me.

Where there was discomfort before, there became fear. The fear soon became anger. And as Yoda once said, fear leads to anger, anger leads to hate and hate leads to suffering. 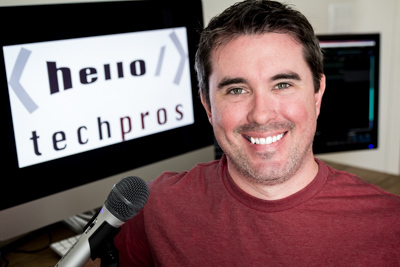 Enter your name and email to get the first chapter of my book on living and working with social anxiety.

I'll also send regular progress reports on how the book is coming along.

Success! Now check your email to confirm your subscription.